I've not had all that much experience with tunneling via SSH before, usually if I want to access a database I'm using something like DataGrip or MySQL Workbench so setting up an SSH tunnel by hand doesn't usually need to be done.

Today that changed for the first time, I wanted to dump some data from a database hosted on a server which required access via a tunnel. This turned out to be super simple, here are the two commands I used.

First, we setup a tunnel which connects my localhost port 5433 to the tunnel database hosts 5432, I do this using the -L flag on the SSH command which allows me to bind a local port to a remote port. In the below command, db-host is the host of my database, and [email protected] are the creds for my tunnel server. On aws this might be something like [email protected]<ip-or-host>.

That will kick open an SSH session which will stick around until killed, just like any other SSH session.

Once that's running, I can then open a new terminal on my machine and run the normal pg_dump command using the bound port.

That's it! Successful binding of a port to achieve tunneling for interacting with a postgres database via command line.

This can be useful for a number of things including singing git commits which uses gpg. If you don't have gpg already installed, you can install it with most package managers on unix systems, on macos you can brew install gpg. Assuming you have

I originally thought to define a Session cookie in a browser, you had to supply some sort of "session" token to tell the browser to clear it out once the session has finished. As it turns out, a browser assumes a cookie 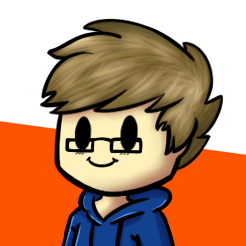