We're getting towards the end of the year which typically means people are reflecting on the year gone by and looking forward to the year ahead. I've had a lot of change come through the doors of life over the past half year so I think it's important to look at where I was and see how far I've come.

I figure why not take a short walk through the year to sum things up and see what's been going on.

In January 2014 I'd just finished the first term of my second year, let me tell you now... That term was not an easy one. The second year came as a big shock the system; we were all expecting it but few of us were prepared for it. 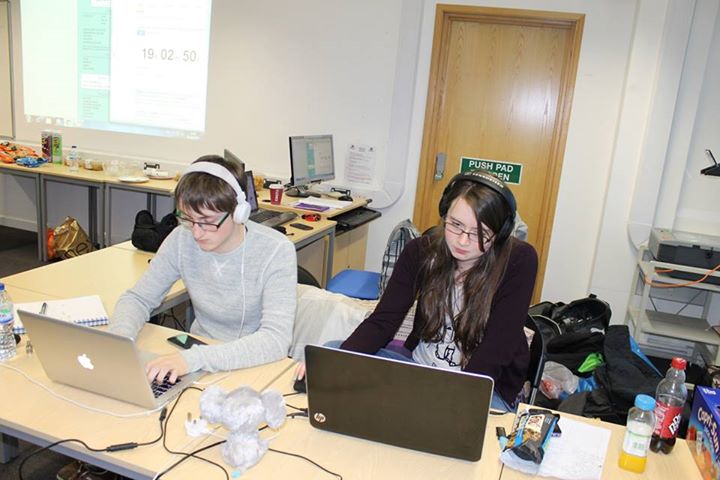 The final few weeks of the first term were tough and draining but after the holidays at home I was more than ready to get back into things and truly attack them. Ry and I had a number of ideas and strategy and a ton of ambition for the term ahead.

The term got off to a brilliant start, we spent some time on our integrated group project and built ourselves up for what I would later find to be one of the hardest terms in education. However it would also be the term that pushed me to grow the most.

I'd been in contact with Jon Air the founder and managing director of Sparkol. Mid way through the term I headed up to Clevedon for an interview for an internship as a software engineer. While up there I was offered the a job practically on the spot which blew me away and after taking some time to think about things I emailed my acceptance. Before I knew it I had signed my contract which was due to start at the beginning of June.

University was going well, I had a placement secured at a fantastic company everything seemed to be going well academically and career wise. However personally things weren't going all that well, I was in a relationship that went from making me happy to making me rather unhappy and stressed. To top it off, my grandfather was quite ill and had made the honourable decision to stop treatment and only continue with pain management.

As the second term drew to an end, so did my relationship with my (now ex-)girlfriend and a few months later, on Friday 18th April (Good Friday) my grandfather (on my Dads side) passed away. Things were pretty rough, andI spent time angry and upset. But I also didn't stop working, I was determine not to let it effect my degree.

Many people would have fallen hard at this point, but this is the time when I found out that I actually had the best housemates I could have ever asked for. My family helped a lot but being away from them meant things were just a bit harder, but around this time I started to get really close to all of my housemates. They became family around this time. 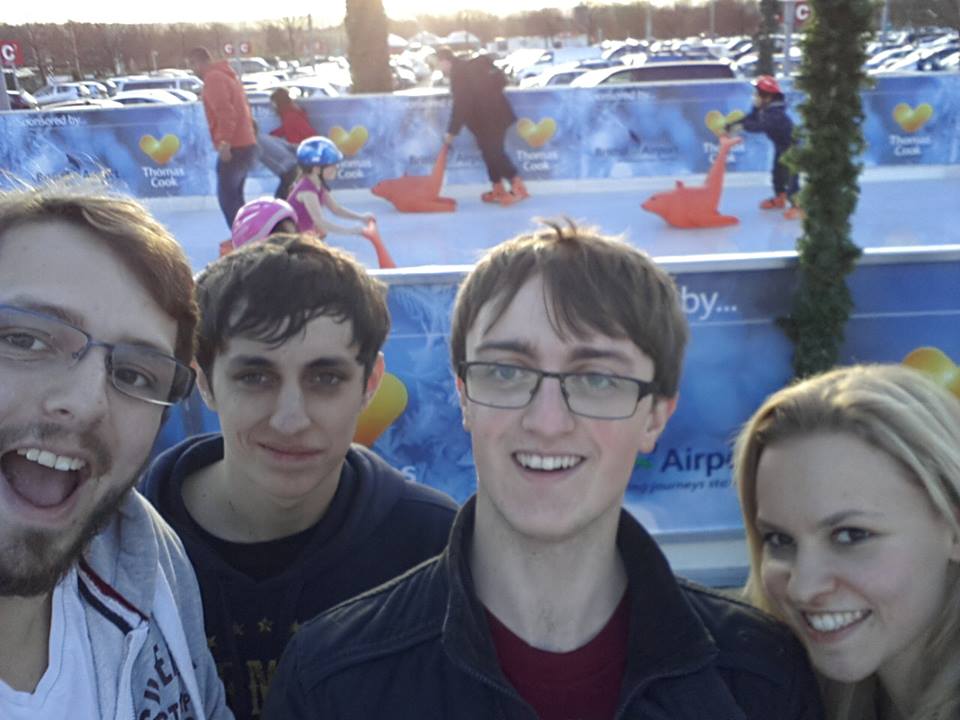 The second quater continued on to the end of the term and I grew more as a person in this time that I think I did from the entire of the first year of university and my time at college. As we started winding down for the year the pressure was on but the exams went well and I handed in the coursework on time and the good grades were starting to come in.

My second year at university was over just as quickly as it started, and while I was excited to start my placement and move to a new city, I was worried. I've never been a very confident or outgowing person, I've never been someone that could easily do new things on their own and after such an up and down year, I was worried that as I left Plymouth that I'd lose the great friends family.

I actually struggled a lot moving out of my house in Plymouth. I missed everyone a lot, they'd been my main support network while not with my family. Now I was in a new city, with a new job meeting new people and I found it tough, don't get me wrong I adore the job still as it was/is so much more than I was hoping for. But I've always found big change hard and this was quite a lot all at once.

Turns out I was very wrong to even think that I'd fall behind with my friends in any way. None of us let eachother lose touch, we talk daily with the great help of abusive facebook messages and down right ugly snapchats. I guess this part of the my post is more of an apology to them for ever doubting them in this way. 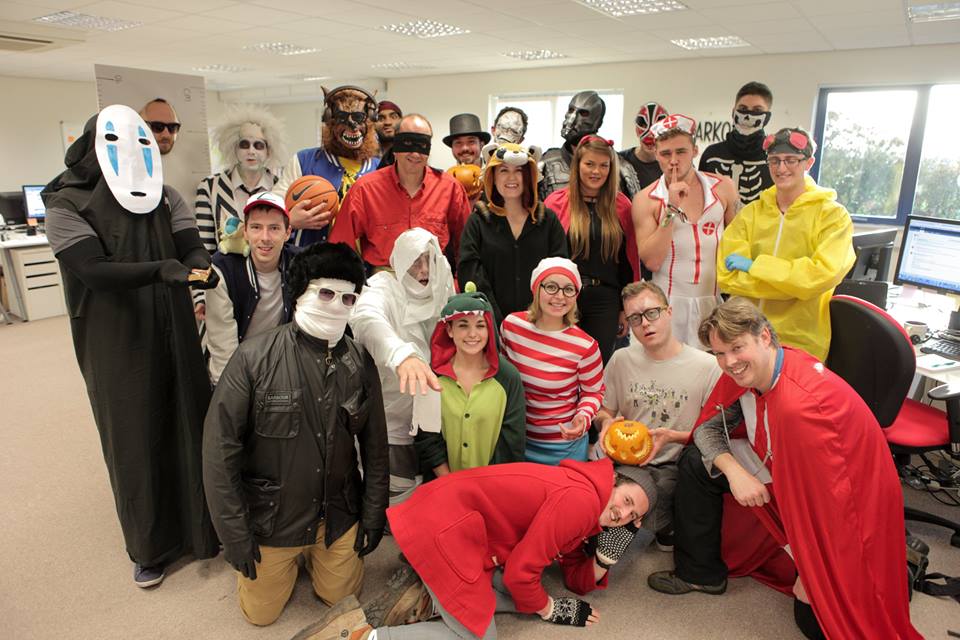 After the initial few emotional bumps things were flying faster than I could possibly imagine at work and in life. I was spending most weekends in either Plymouth or Exeter and working during the week, things were going amazingly well. Around this time one of our senior developers sadly went on a long term sick leave, which left me and Dan (my current housemate and fellow developer at Sparkol) and Jon. This meant that Dan and I had to start pulling more weight as Jon was working on a new product! The challenge gripped us and we created some fantastic features that we're still very proud of and had a big impact on the company over the next few months.

Neither of our efforts went unnoticed though. Dan was given a generous pay rise and I was offered a fantastic offer to remain at Sparkol for at least an extra year (including pay rises). This turned into one of the most difficult decisions I've made to date and while I type this it seems so obvious, but hindsight has 20/20 vision they say!

The decision was tough, I was really making a decision as to whether I wanted to get an extra year (or more) of experience or graduate with my friends. I spent a week making the decision and even then I hadn't decided... Actually I didn't decide until I was walking to the meeting with Jon to tell him my decision!

As you've probably already guessed, I accepted the very generous offer and I'm very glad that I did. I have my parents, Ry, Dan and Jess to thank for listening to me that week and helping me think things through. Thanks guys, you were a huge help!

So quater four hit and we're getting close to the end of this very long blog post. After spending the other three quaters moving from place to place in life I've finally come to a little bit of a settling point. I'm living in Bristol at the moment, working for Sparkol and currently sitting at my parents home in Exeter while on my Christmas break (three weeks off yay).

I've spent the past few months really settling into this stage of life. I'm working on some fantastic things at Sparkol and I'm enjoying life with family and friends more and more every day!

This quater itself has been reletively quiet in terms of change like the others, but that's not a bad thing. I feel like things are settling down and I'm starting to really get into the swing of life at the moment.

I couldn't ask for more in life right now, I have wondering friends, great family and a brilliant job. There are few things that could make life better for me at the moment! 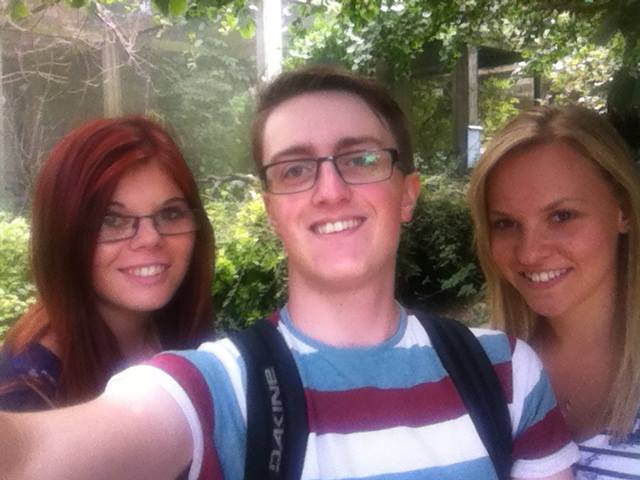 Onwards and uploads, to a fantastic year ahead!